Ruth is an unusual character in the Bible. First she's a female protagonist, one of a select few there. Secondly her story gets its own book in the Old Testament, a short item of only four chapters. Lastly she's the first non-Hebrew protagonist in the Bible since Abraham sired the Hebrew people. It's a simple story in the Old Testament. Ruth is one of two Moabite women who marry the sons of Elimelech and Naomi. When Elimelech and sons Mahlon and Chillion die, leaving Naomi a widow with two widowed daughters-in-law, Naomi decides to return to Israel. One daughter-in-law, Orpah, bids her goodbye. Daughter-in-law Ruth however says she will not desert her. She's going to give up the life and culture of Moab and her people will be Naomi's people in the most famous line from the Book of Ruth. 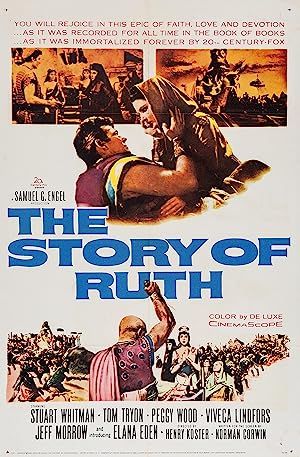